on Day 2 we stopped in Dayton for another cool Graffiti wall at the stop-n-lock,
and even though I admit all I saw of Dayton was the wall and the traffic,
I don't think I cared much for the city,
sorry anyone from Dayton...
then we headed on to St. Louis.
I liked this city best so far.
The scariest thing this day was the rain storm my daughter drove through  as we headed into the city traffic. Like I said, it turns out I am afraid of so much: city traffic, driving in the rain, driving over bridges, (but I already knew about that one.), heights, ziplining, having my adult children out of my sight in a strange city even for a minute and then the list will grow as we keep going.
When we got to St. Louis we went to the Zoo, a quick tour of just a tiny part of it as it was so hot, (they did have these big freeze machines that blew icy cold air at people to cool them down though, which was very much appreciated!)
and then it poured.
(which also felt great!)
It stopped raining shortly after so we made it to Laumiere sculpture park as well, before eating at Sauce on the Side downtown.  The calzone's there were excellent, (And huge, Jesse and I shared a Magic Carpet Ride) totally worth the traffic even though the Garmin failed in the city area, probably due to construction detours.
BigBig liked the dippindots at the zoo and the hotel pool again best. 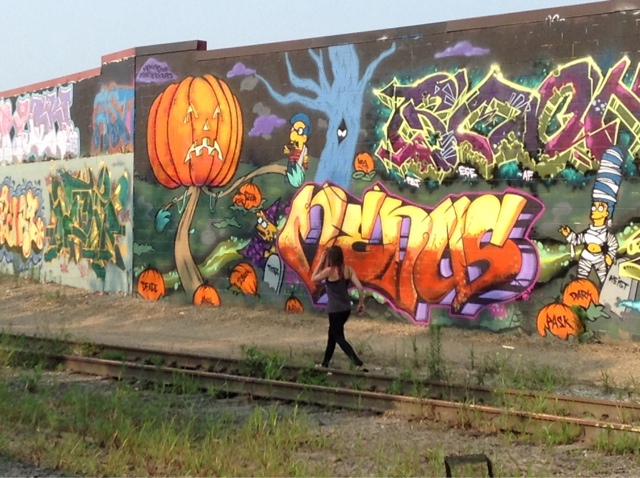 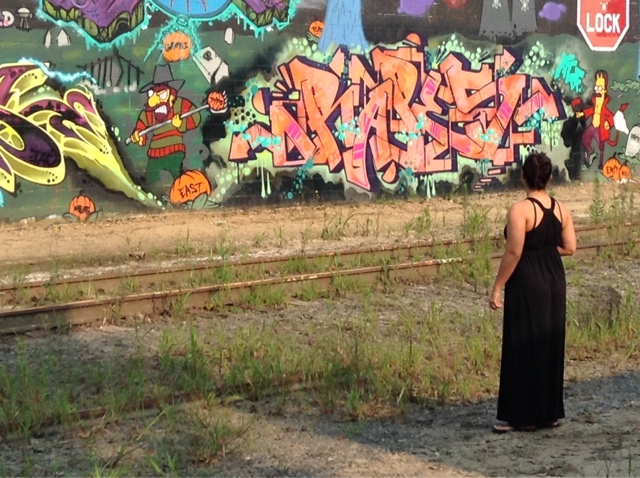 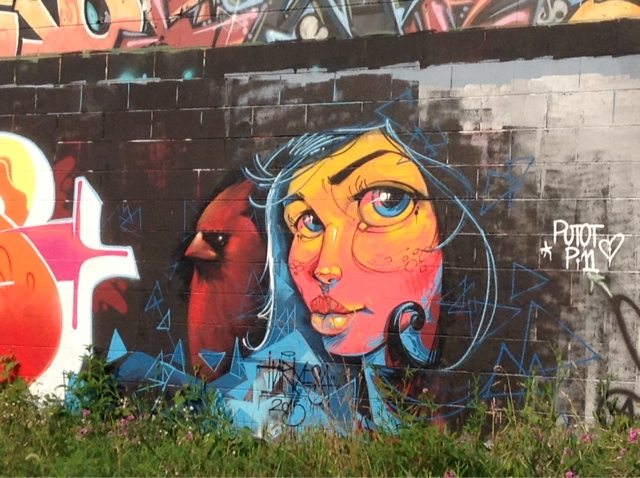 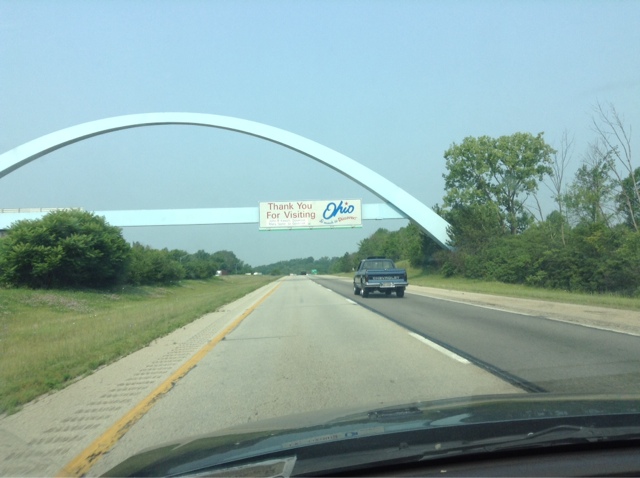 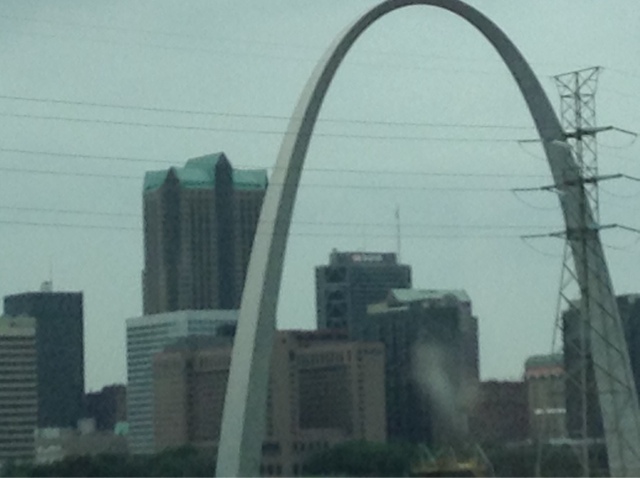 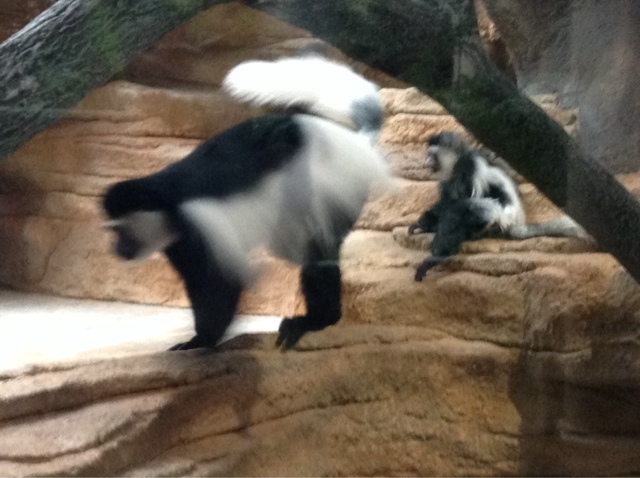 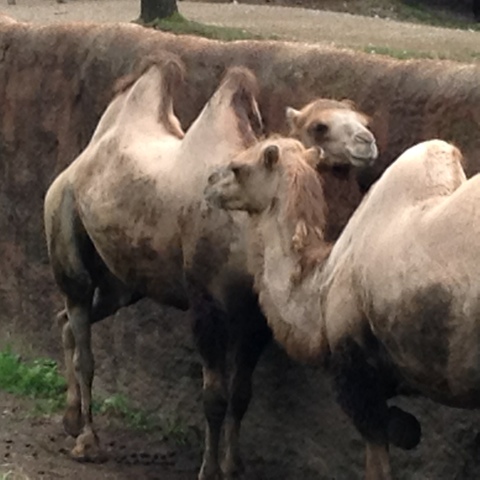 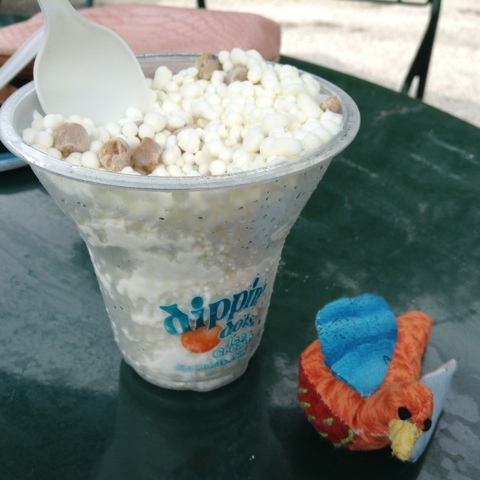 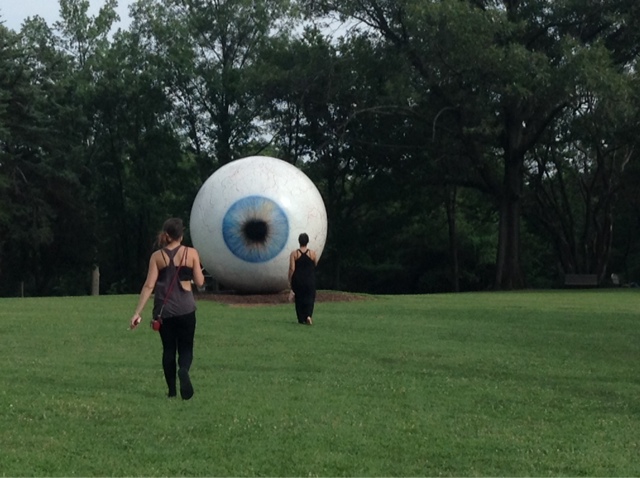 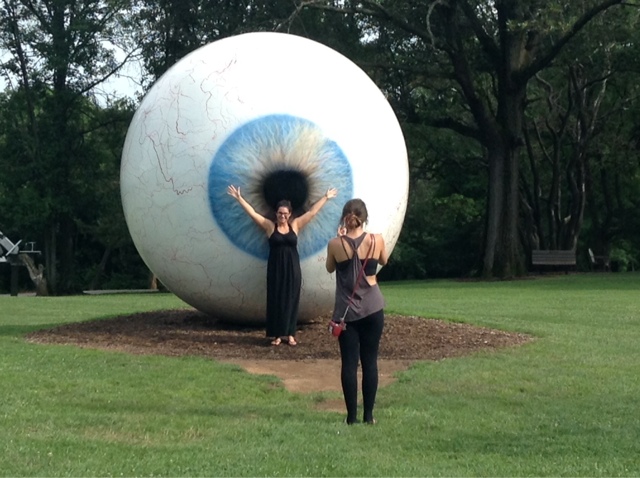 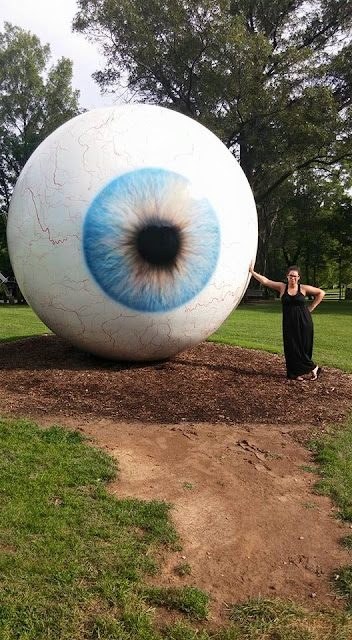 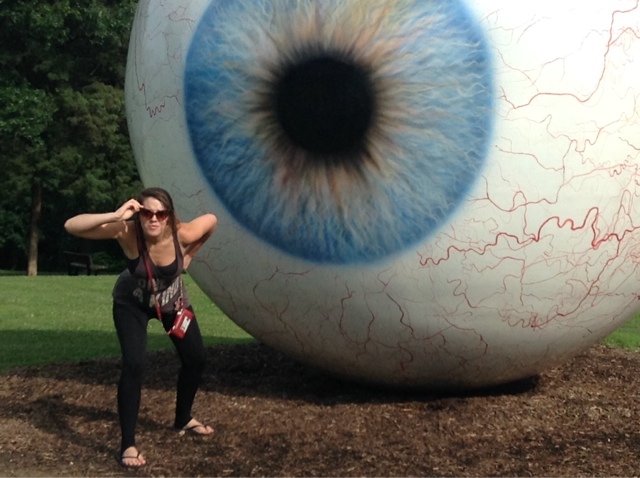 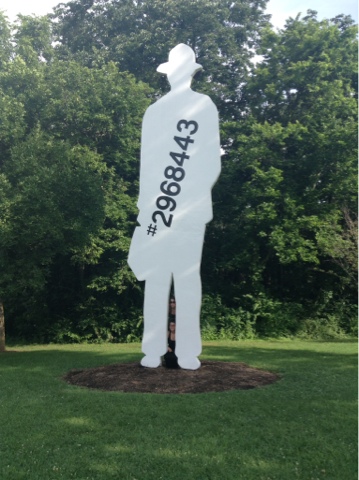 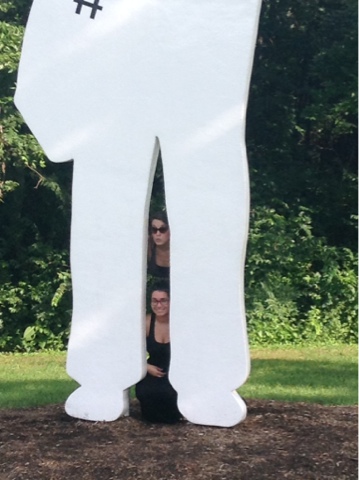 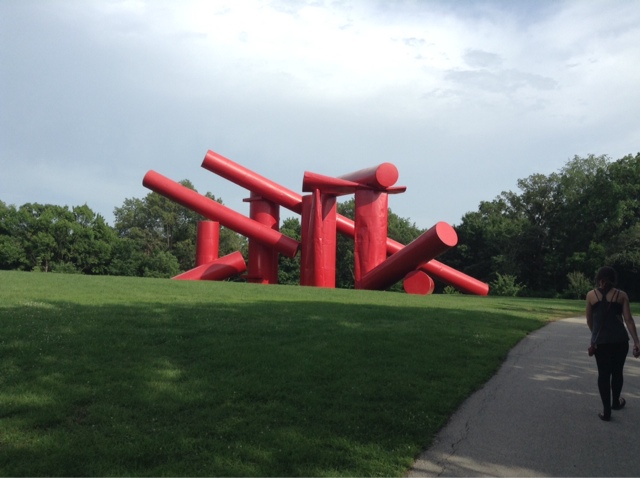 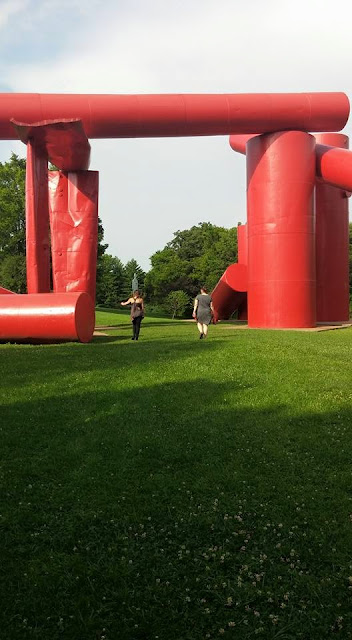 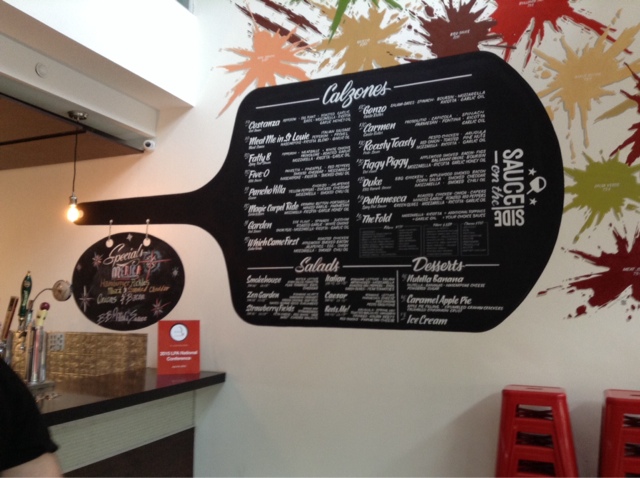 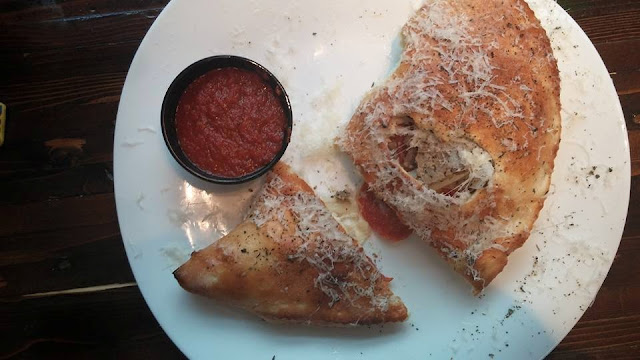 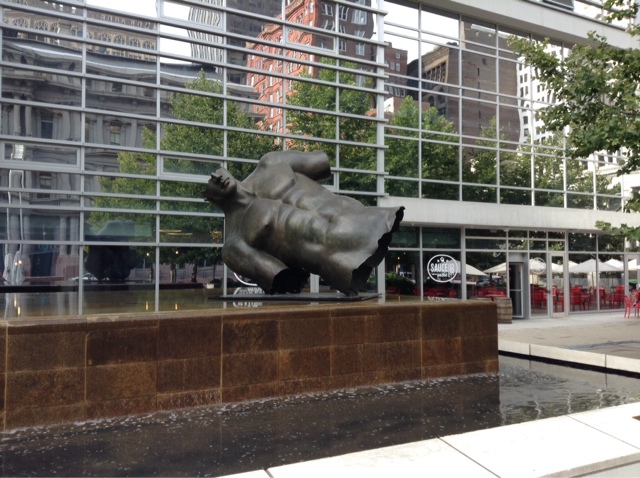 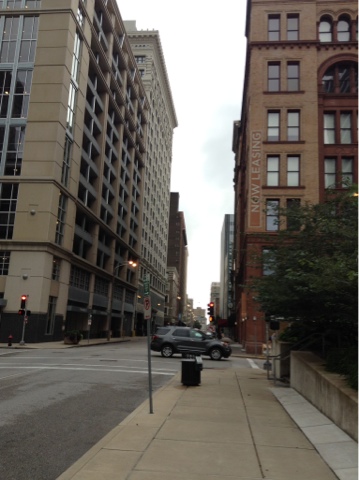 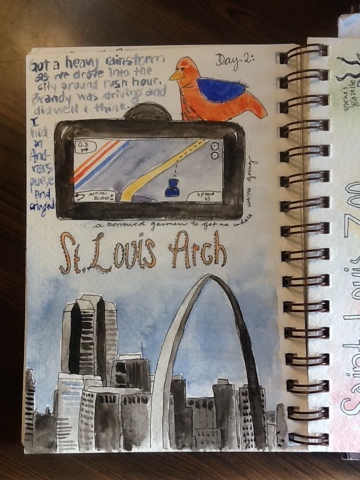 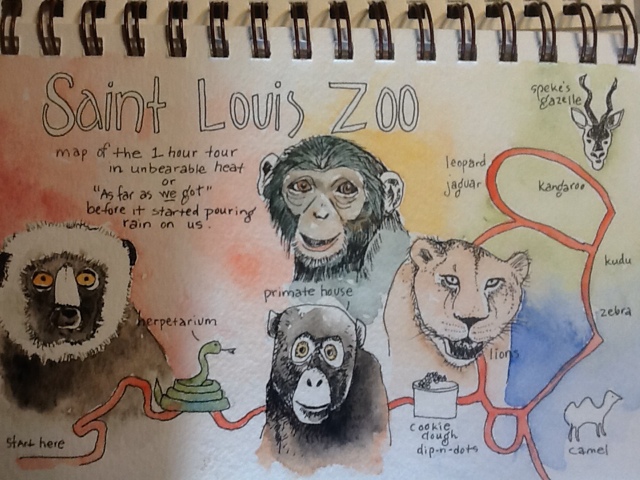 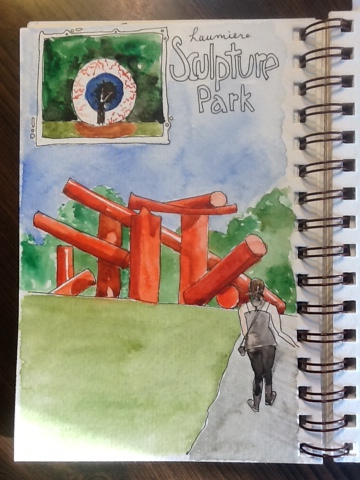 Posted by Fallingladies at 3:50 PM