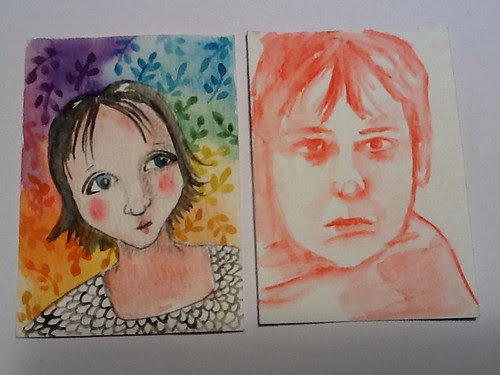 photo.JPG, a photo by lelloavengers on Flickr.
This is Lettie, she's Tuesday Blue's Grandma, and she's supportiong Chrissy and Tuesday by herself ever since her husband passed away 5 years ago. He choked while having dinner with another woman who didn't know CPR. Lettie's very good at CPR. She works in the business office of the local hospital, but wasn't there when they brought her husband in, even though it was too late to save him. He was eatting steak, and she hasn't touched a piece of steak since.

She WAS there when Tuesday was born though, and got to hear her first cry. She let out one big yell and then quited down and looked around at her surroundings. Lettie knew right away that Tuesday will be gifted, she felt it deep inside her, she just doesn't know how yet so she buys her every musical instrument she can, searching for what it will be. It will be as a healer though, and Tuesday will never be able to hold a note on any of those instruments!

Next is Dex, Lettie's neighbor. He loves Tuesday and all babies and comes over to visit and help Lettie make her peas and carrots. He's a big help entertaining Tuesday but he's angry today because his Mom won't let him go to Letties so early. She feels Lettie needs time alone in the morning but the truth is she could use Dex's help. Chrissy still sleeps in and Lettie doesn't want to wake her up and deal with her morning crabbiness. Mornings used to be so peaceful and a whiney 17 year old is no help in entertaining Tueday and getting her dressed. She waits until she's almost ready to head out the door before getting Chrissy up and giving her her list of "to do's" for the day.
Posted by Fallingladies at 4:18 AM