This is BigBig,
a small stuffed agoraphobic bird,
in his home away from home on my desk at work... 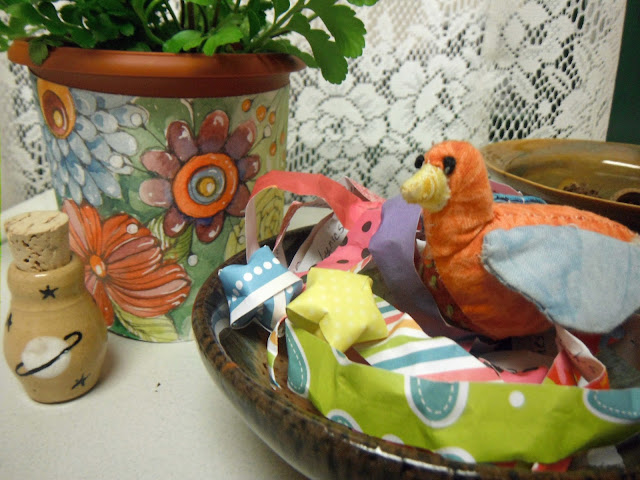 BigBig knows he is just a stuffed bird but he is full of grandiose dreams and ideas, as well as many phobias. Even knowing he was created less than a year ago in 2015, he is still left with a persistent certainty that he had Spanish ancestors, possibly royalty. He feels a little disappointed in himself and his appearance, he had hoped to look more regal or stylish. Instead he is actually a touch bedraggled looking. To overcome his fear of heights, of flying, of bridges, of city traffic, and of leaving the house in general, he is determined to take a second trip. His first trip occurred when he was only one week old, when he drove across the United States with my daughters and I on a road trip that we documented in sketches on my blog,
Here is the post where we met BigBig for the first time right before the trip.... 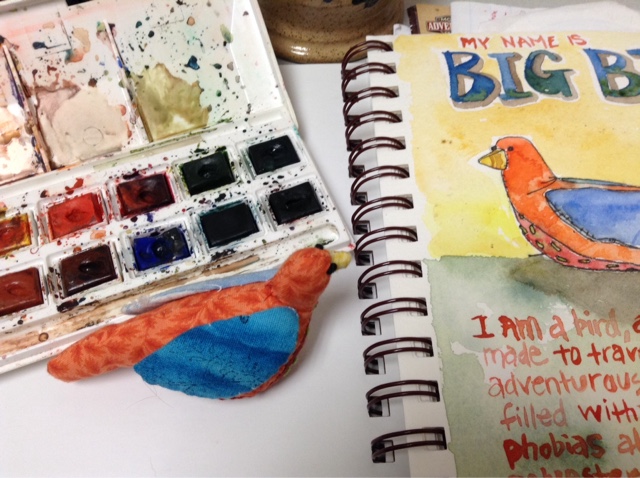 This road trip, while life changing for him, didn't cure him of his phobias. He returned to his previous habits of hiding in my purse and not wanting to leave the house after the flight home.

It was almost a year before I could get him out and get him to let me sketch him again here.

The thing is BigBig wants to be daring and see the world, and learn to live up to his heritage. He is just so afraid.

But I have a plan!

A new adventure for him...

Hopefully I can tell you all about it soon....