On day 4 we got up early to go to a butterfly conservatory.
we were advised to walk carefully as the butterflies were "puddling" and they didn't want us to step on any.
it was beautiful and calming,
tons of butterflies flitting about.
very hard to get good photos though.
one landed on brandy.
the big blue morphos were my favorite but hard to get a photo of. Big big enjoyed this, nothing there to scare him at all. but he was worried enough about the next planned activity...
white water rafting.
Next we drove to Idaho Springs , which was a scary drive because Nuggy, (Brandy's car) apparently couldn't handle  the elevation and decided to barely make it up the mountain, then going down the mountain was along a steep ledge so i wasn't pleased. i did see a heard of buffalo but could barely bring myself to look as i  had my eyes glued to the road.
we got there and i was so scared i almost thought i wouldn't be able to do it after hearing the safety and instruction lecture before hand, when it became clear the "easy" trip my daughter signed us up for was
Not
like a lazy river that a child could ride along on, and that there was a good possibility that we could fall out and become a"swimmer". We were told if we did to lift our legs and try to float with the rapids because if we tried to stand we would get our feet stuck and the current would push us forward and we could drown.
there is no way to hold,on, as you have to paddle, so you stay in the raft solely by wedging your feet under the sides. every time our guide told us a rapid was coming up i would wedge my feet even tighter , till I had bruises the next day on my ankles. But our guide, Ryan was great! He did a great job of getting us through safely.
I really did enjoy it, and I think I would even do it again. The girls loved it!
Big big sat it out on the car once he heard the water was ice cold and we would need wet suits. Plus it was raining , not something bigbig was a fan of.
Idaho Springs is a small tourist town that we liked so much we changed our plans of going to the aquarium back in Denver. We stayed in Idaho springs and shopped, buying crystals and getting colorado style pizza at Beaujo's. they served honey to eat with the pizza crust. and there was a map where you could stick in a pin  to mark where you were from.

a great but exhausting day! 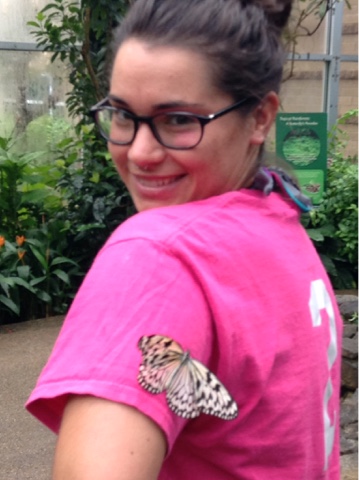 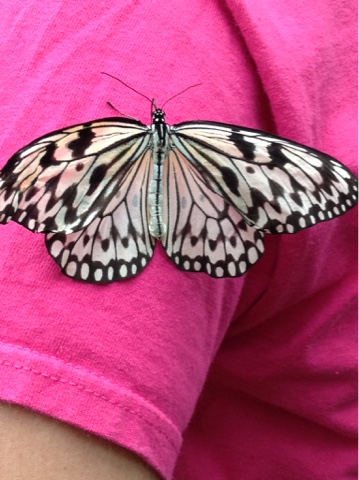 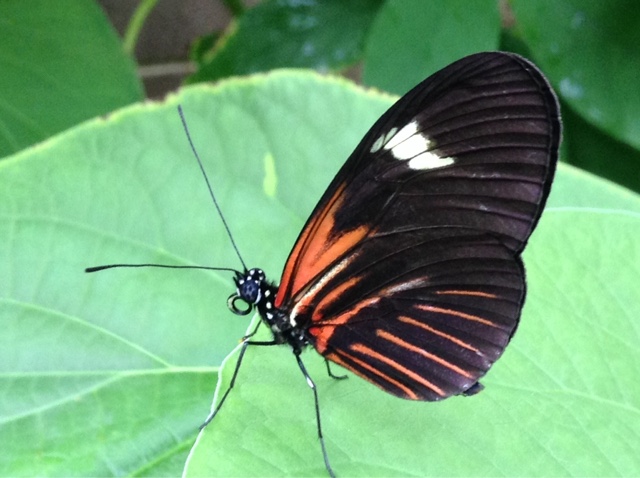 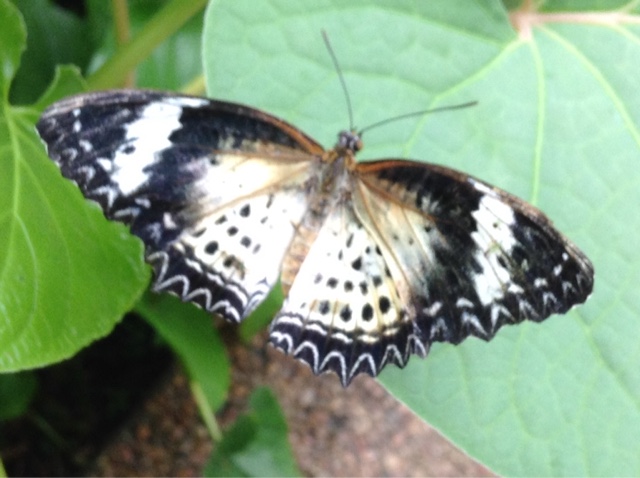 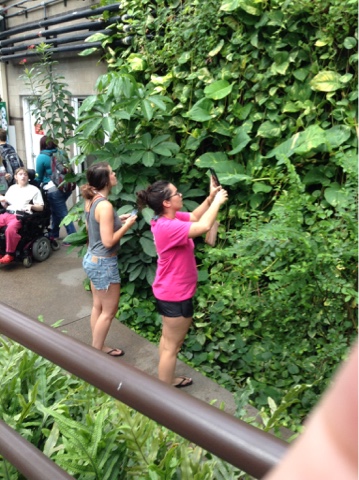 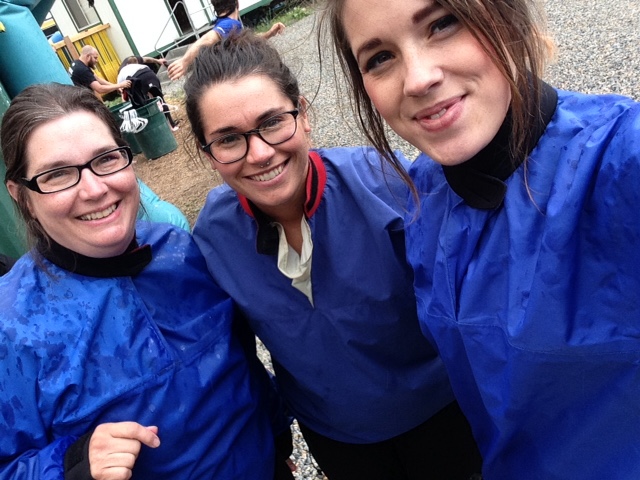 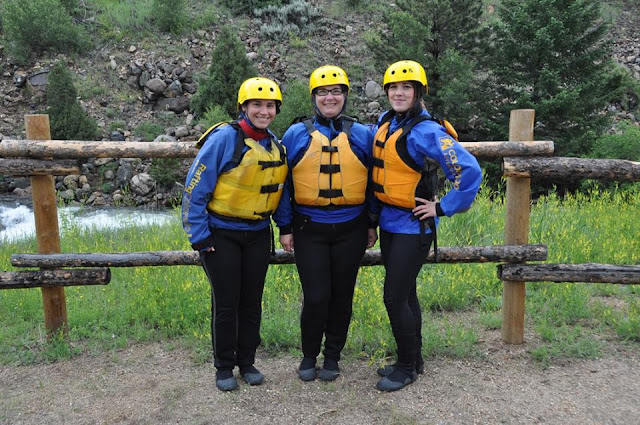 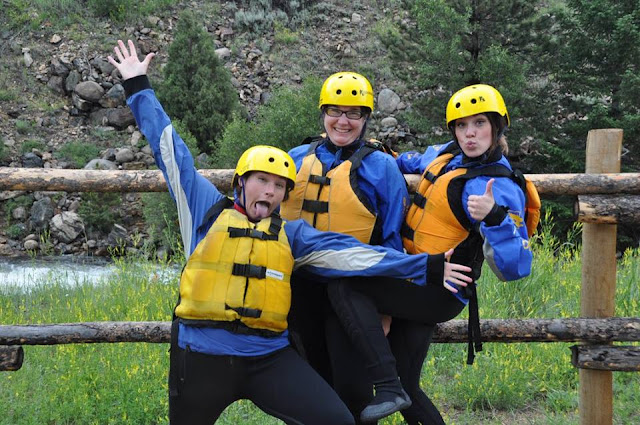 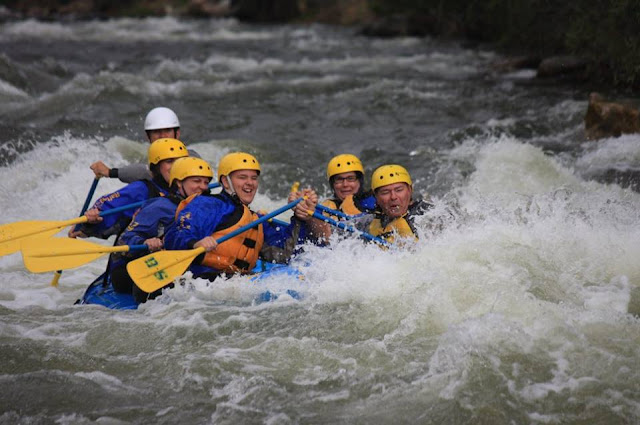 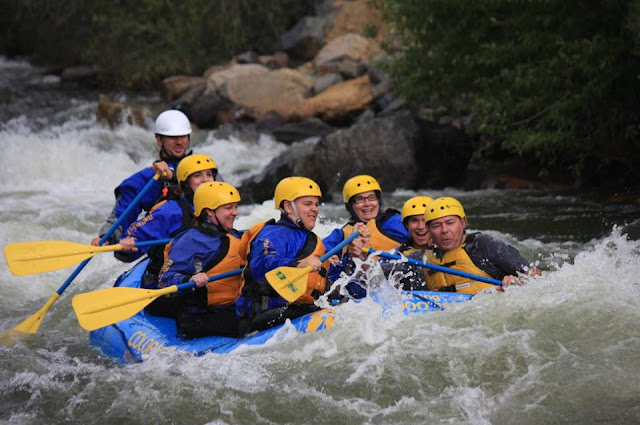 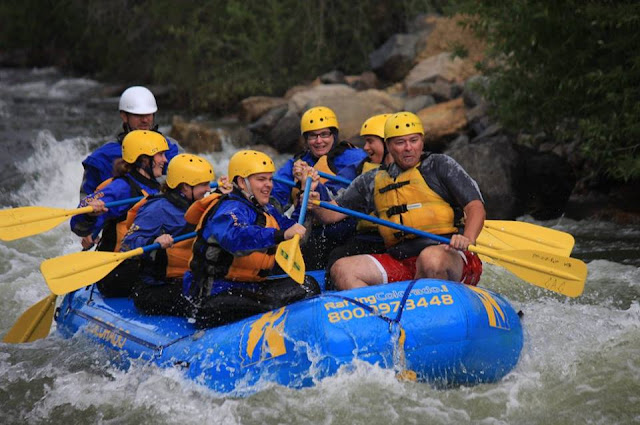 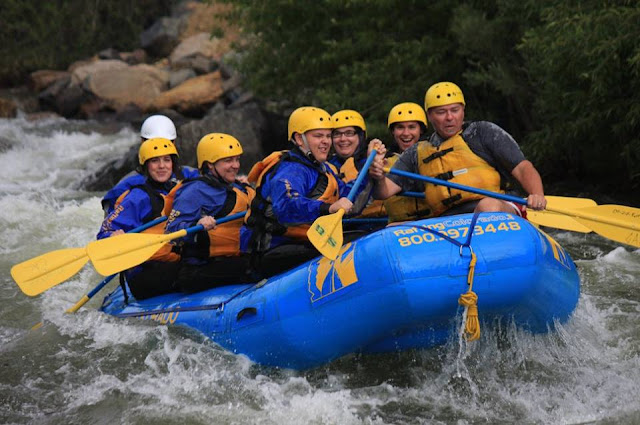 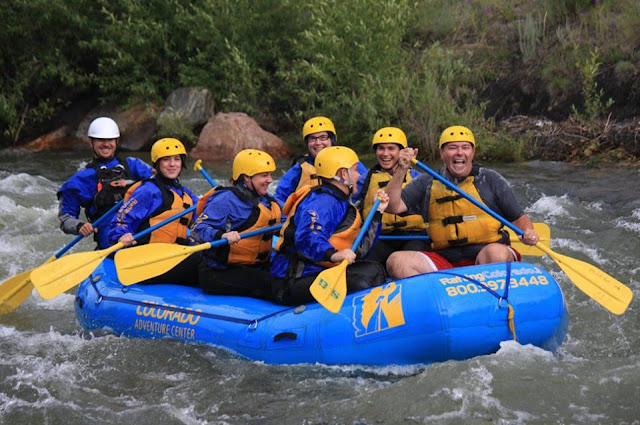 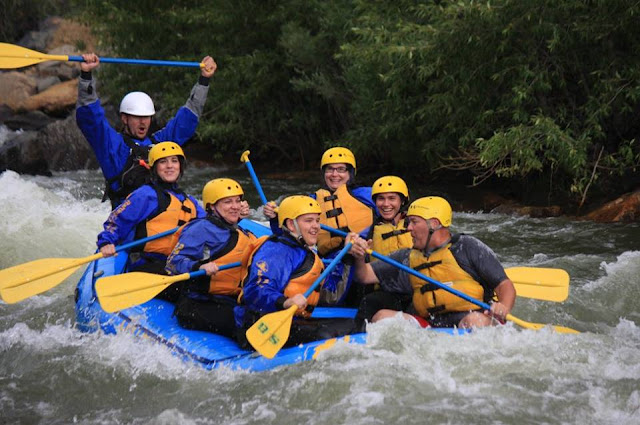 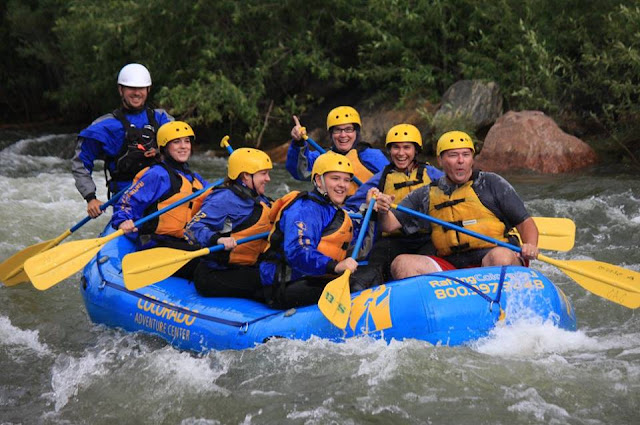 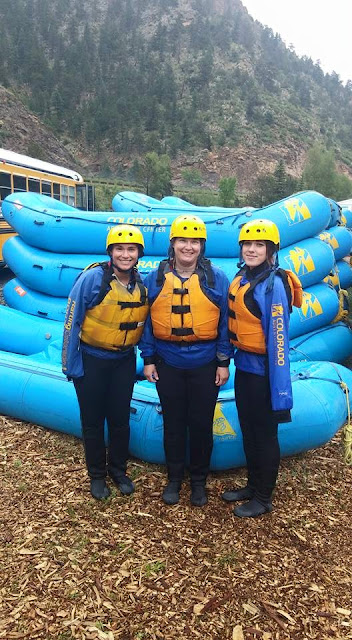 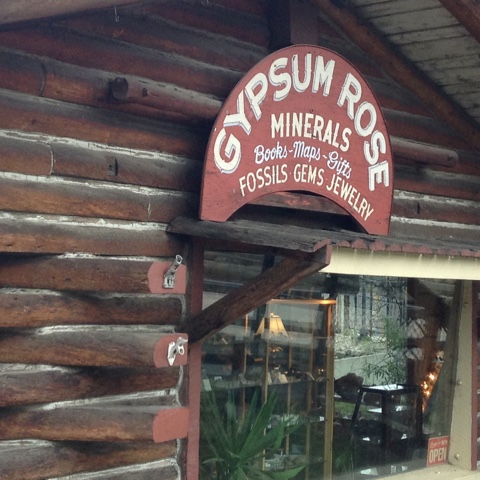 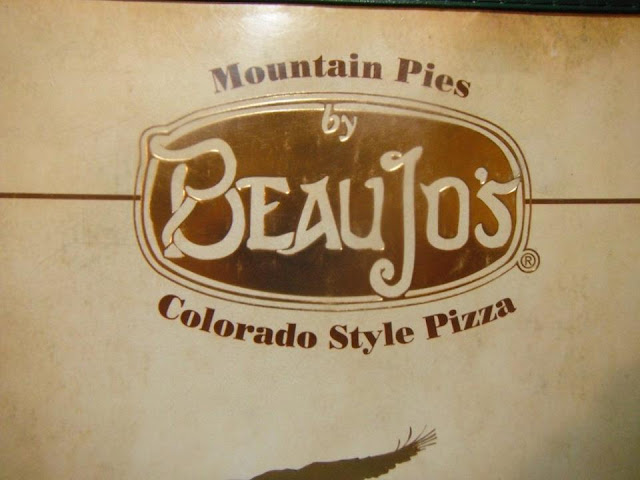 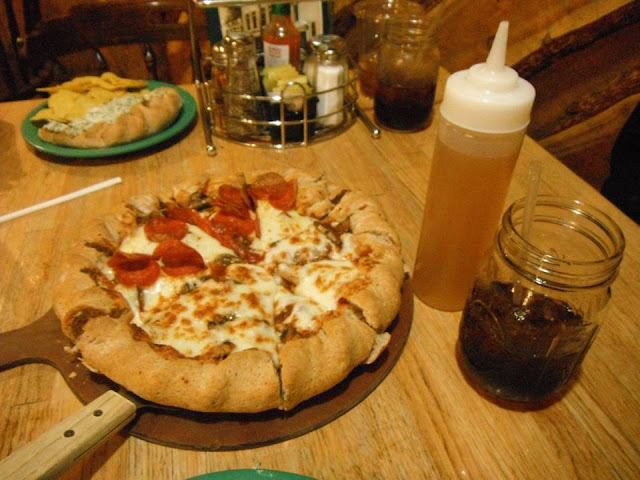 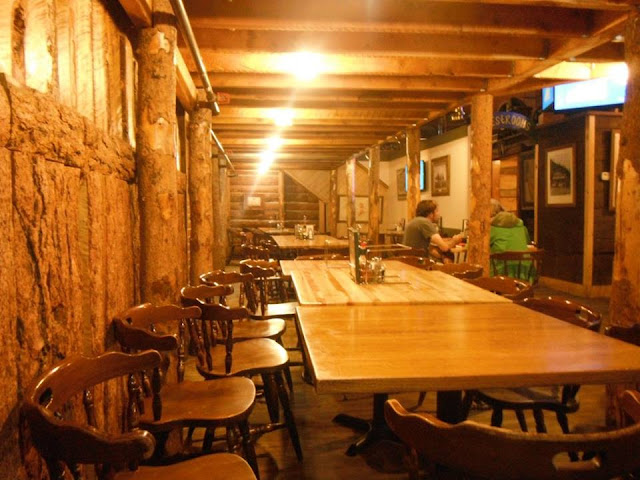 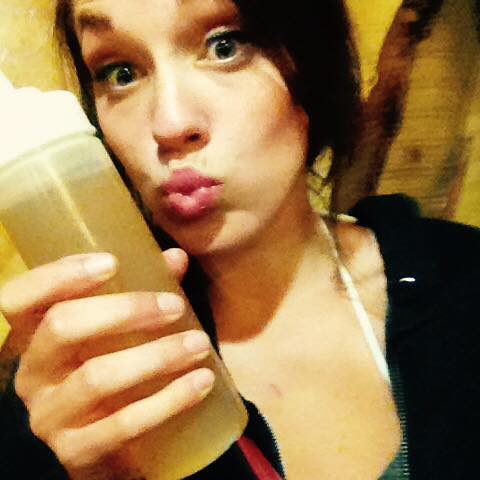 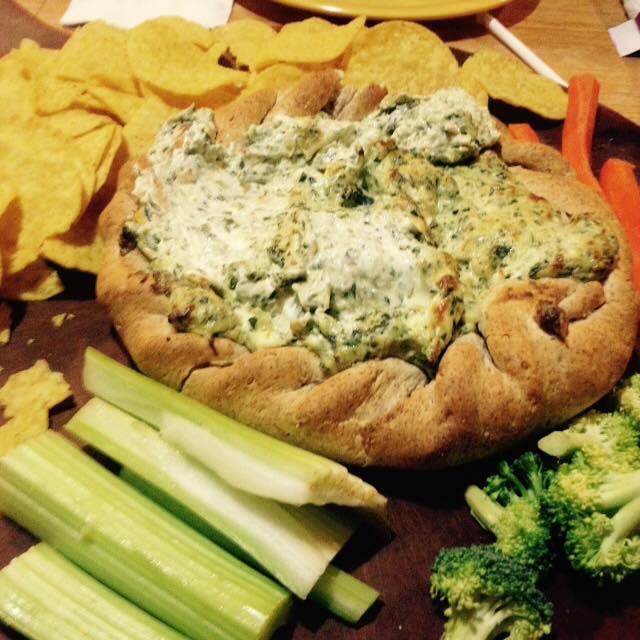 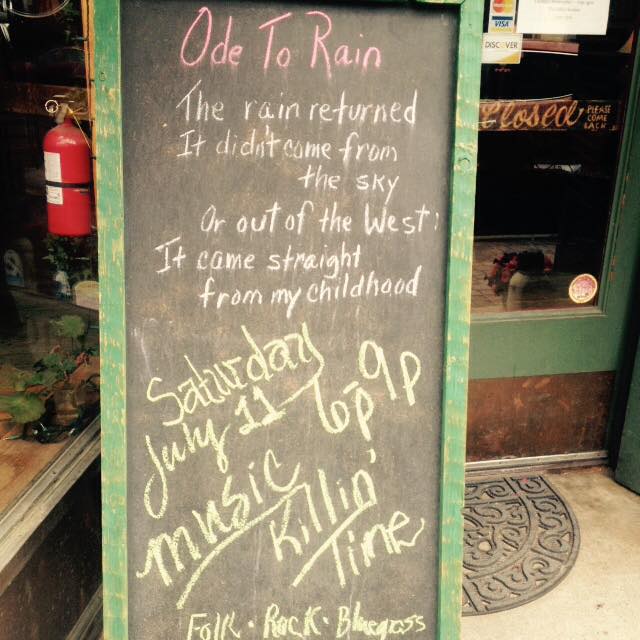 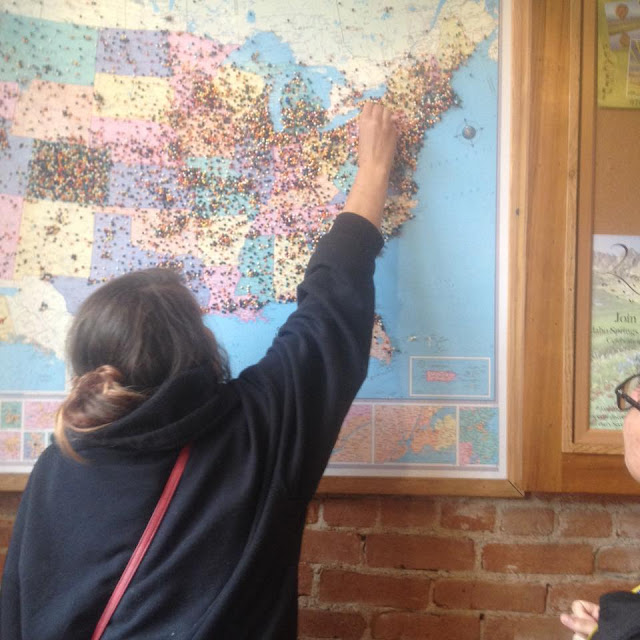 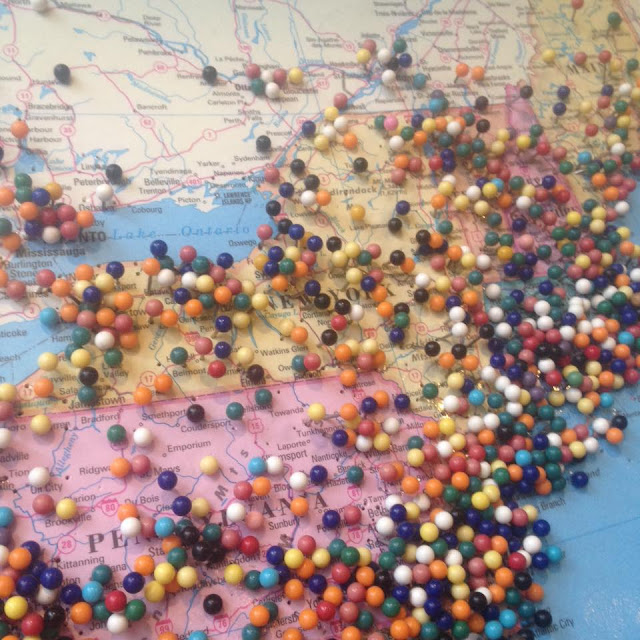 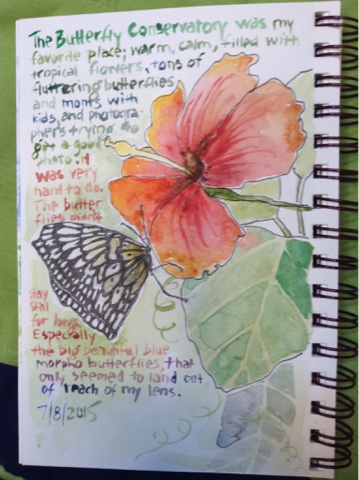 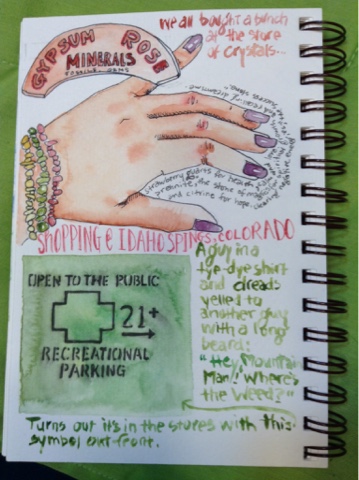 Posted by Fallingladies at 6:10 AM