If you have been following me long enough to know BigBig, than you will know he is afraid of most things, even leaving the house. But he still wants to get his phobias under control and travel, and so he took the first step recently and went along with is to a cabin in Gilbert Lake state park. It is a beautiful, quiet little lake about 20 minutes from Oneonta. No motor boats allowed. We have gone to the same cabin about 5 or 6 times now. It is perfect for our son who is autistic as well as for an agoraphobic stuffed bird.

So here's a few photos from Bigbig's scrapbook. I will show you more of our photos later, along with some sketches I did while we were there. 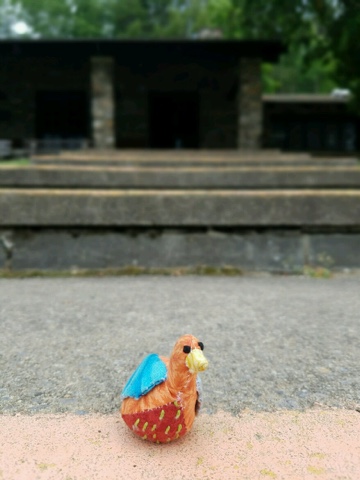 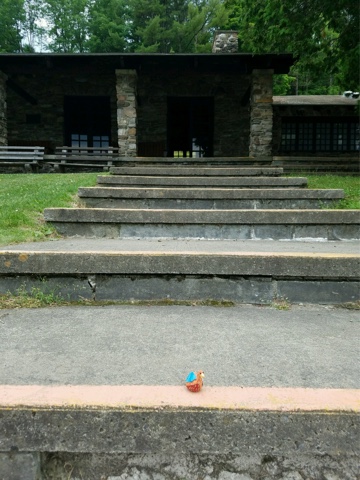 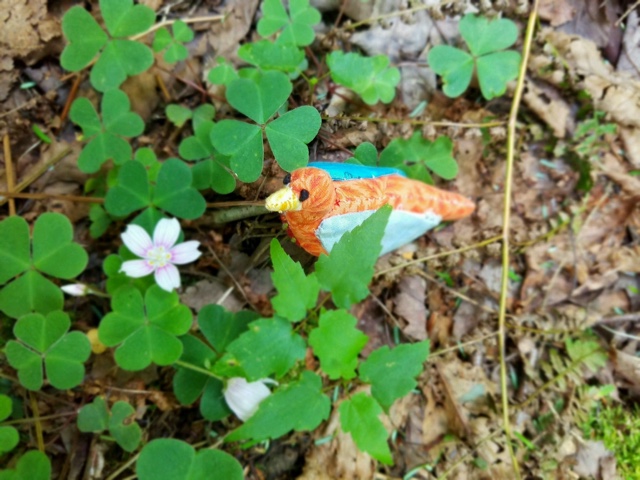 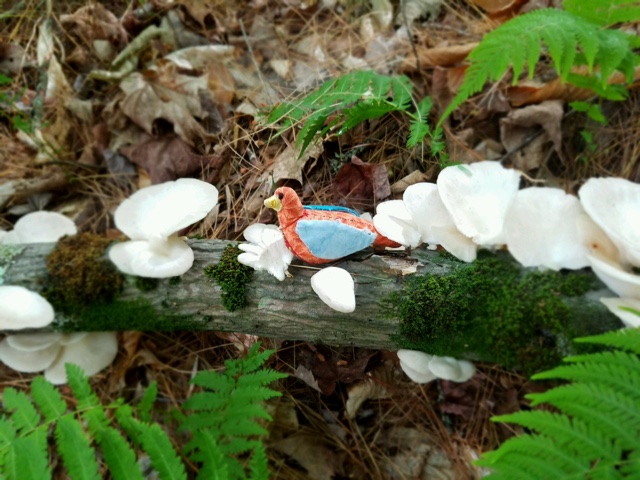 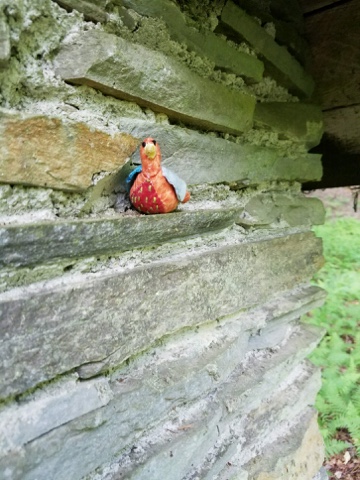 He is afraid of heights as well as agoraphobic, so posing for this photo was a big step for BigBig. These stone buildings are all over the park. They were originally built by the NYS Civilian conservation corps. 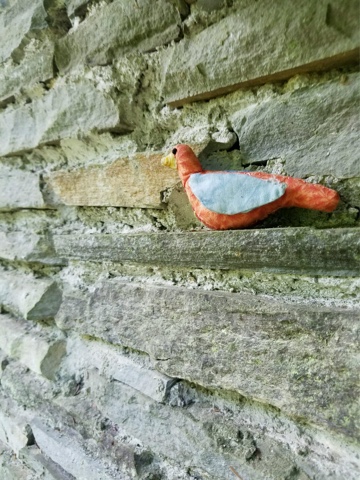 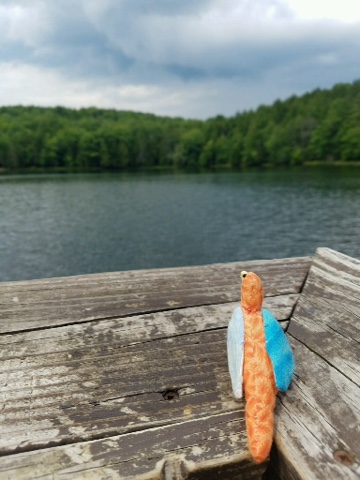 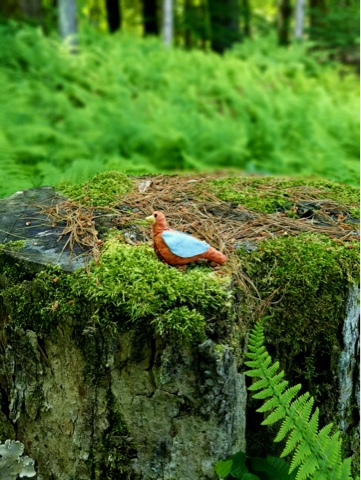 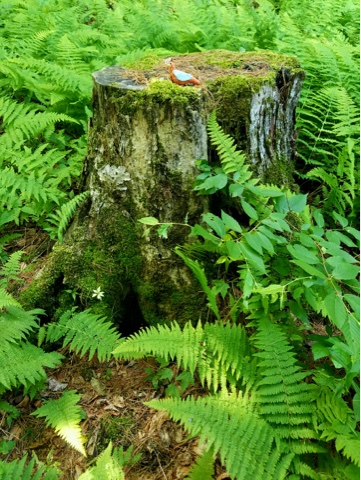 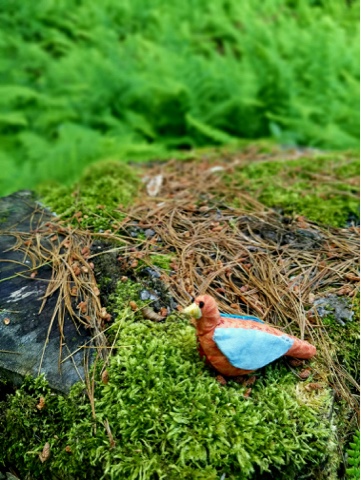 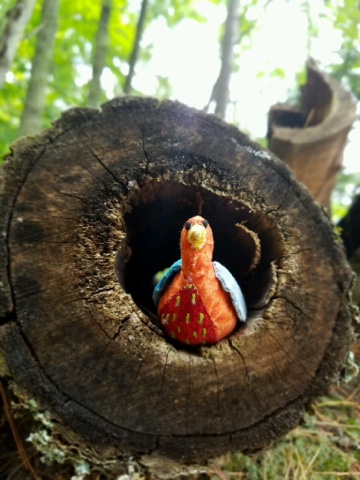 So for being so brave , Bigbig got offered a few treats over the week we stayed there. Here is one.... 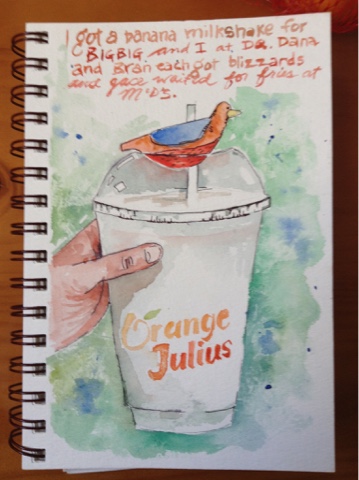 Posted by Fallingladies at 4:19 PM