Well, I am finally posting some photos from the vacation we recently took (with Bigbig and two of our 4 kids) to Gilbert lake state park, where we have gone for at least 5 years. Traveling with someone who has autism on Jace's level is not always an easy experience.
Jace normally has trouble dealing with certain aspects of the trip. He gets very anxious about the packing and after a week there, he gets anxious again about the packing to come home.
We all love it there though. It is a quiet, calm place. With lots of places nearby to eat good food. Jace loves the swimming especially,  but part of the reason we have gone to this park over and over is to give him some consistency. We rent the same cabin every year and still Jace has been so upset in previous years that we thought he was sick. He made trips to the bathroom every 20 minutes one year, but after a trip to the doctor we found there was nothing wrong and he stopped doing it as soon as we got home. Other years he has wanted to walk nonstop and even though he's pretty much non verbal as far as actual communication goes, he can talk and that trip he kept saying "sad people walk".
BUT....This year was so much better. He is 13 now and we were warned puberty might make things worse, but for him, it doesn't seem to be the case. He was so much calmer this year. He didn't show any anxiety this year when we packed, and then he had no trouble on the 3 hour drive. (We have had to stop at least twice other years.) He is certainly nowhere near "over" all his autistic tendencies but he is now calmer most days on average.
The forests there are lush
and quiet
and full of ferns
that seem primeval.
Primordial.
So we hiked a bit. This year we only got Jace to hike with us one time, he refused the rest of the week. So I stayed in the cabin or on the beach with him more while my husband and daughter hiked. Which was fine and relaxing.  I got to quilt and read and get a tan. Other days my husband stayed with him while my daughter and I did things.
The photos don't really show how many ferns and fungi there are....
Can you read the sign? 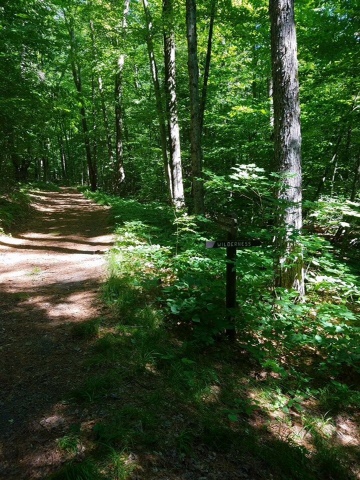 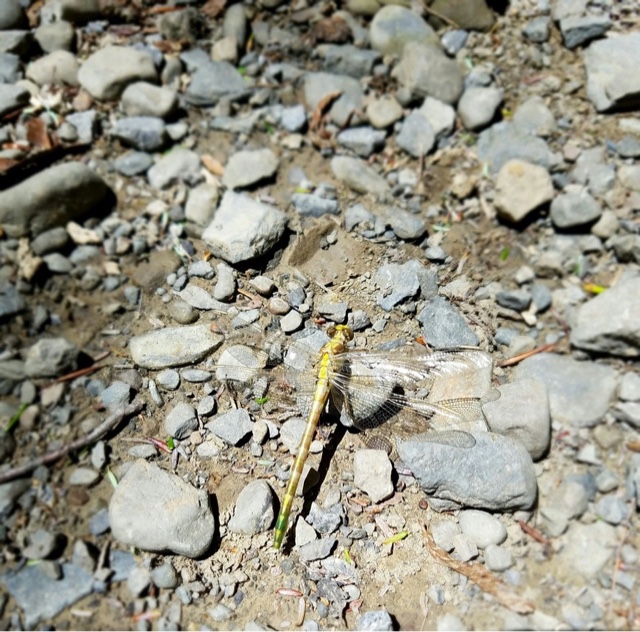 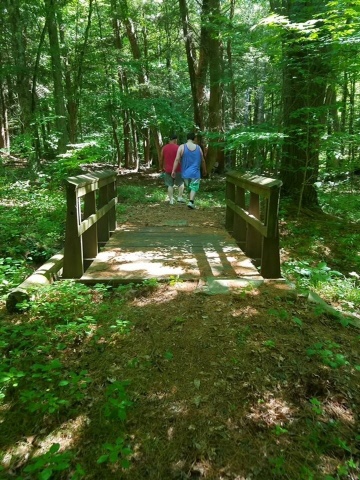 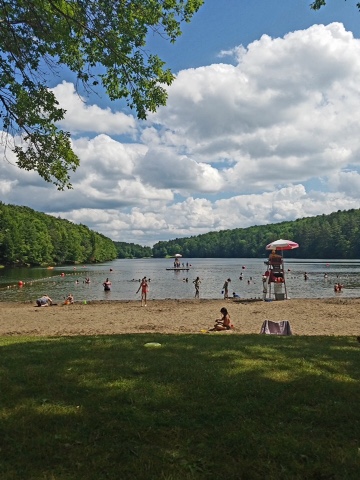 (The photos of Jace at the beach are stuck on my camera which I can't transfer online without a computer yet) These were all taken with my daughter's cell phone. 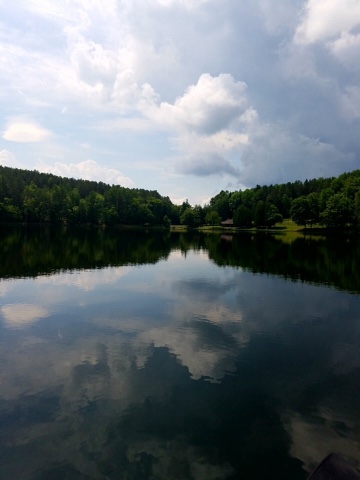 Oneonta is 20 minutes away from the state park so my daughter and I went to the Butterfly conservatory there one hot afternoon.  It was too hot to try to take Jace as he hates the heat. Plus we really don't take him out in public unless we are sure it is something he can handle.
It was extremely humid in the conservatory, and there was panflute music playing in the background. The owner, I am assuming he was the owner, had a gray beard held together with a ponytail holder and he told us the names of all the birds, not just the species names but the names they gave them as well. 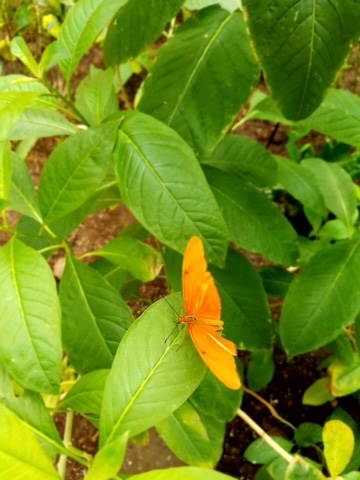 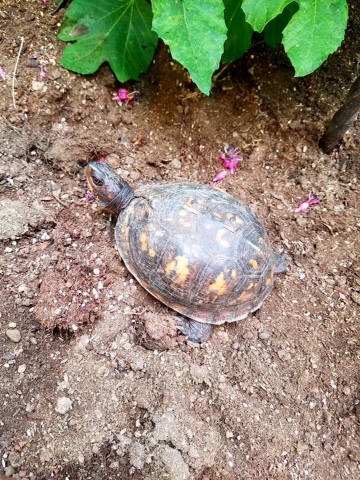 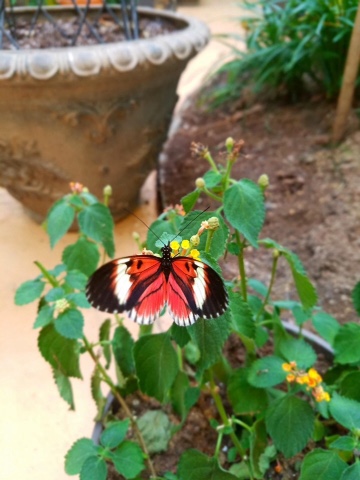 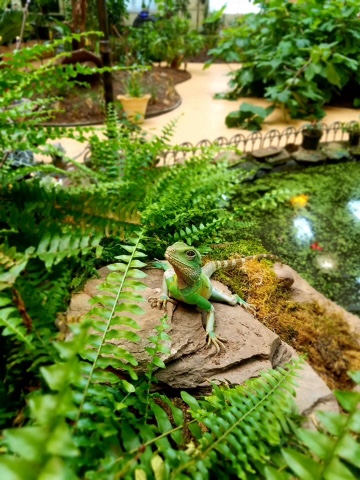 This little poisonous tree frog was very tiny. The owner explained he isn't actually poisonous now because he hasn't eatten the ants that make him poisonous. 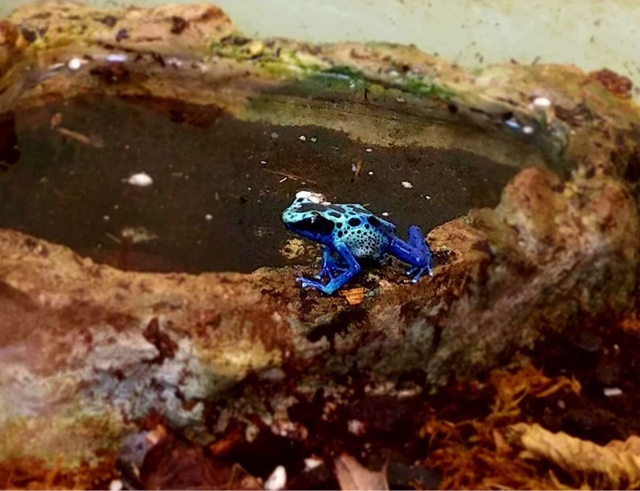 This bird is a cousin of a toucan. He let me pet him and his twisty black "hair" actually feels as plasticy as it looks. 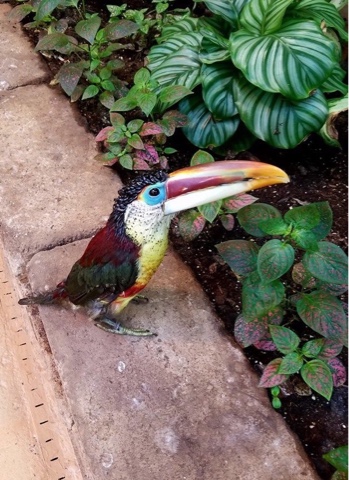 These blue morphos are so hard to get photos of, this one was mid flight! 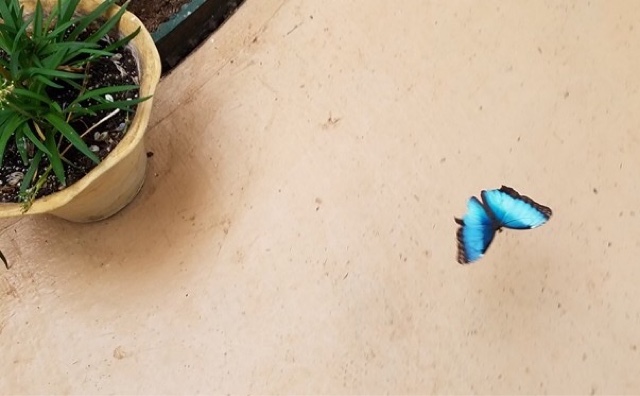 I only got a gew sketches done in my sketchbook while I was there....Because I actually spent more time reading. I finished 'Miss Peregrine's home for peculiar children'. But here are a few pages from my sketchbook. Of the beach and things I bought.... 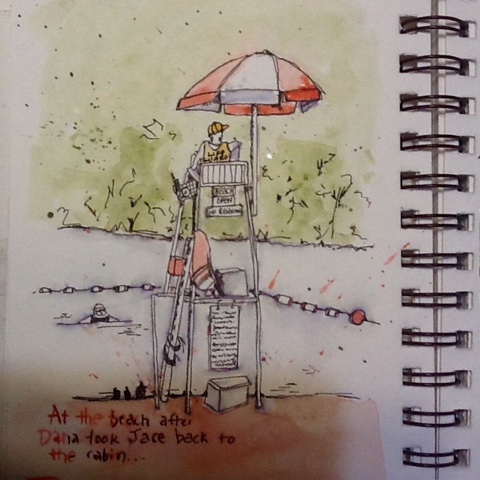 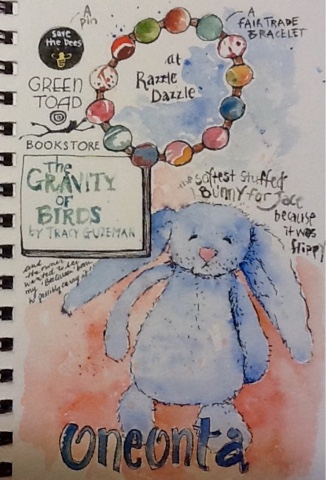 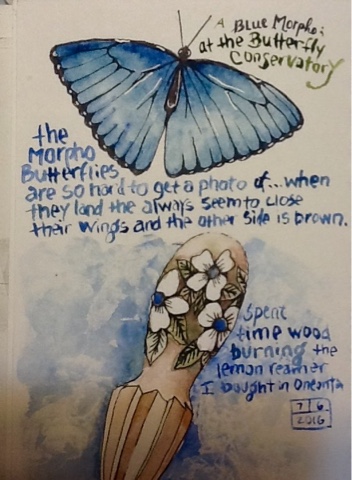 And since it is Sunday, and I did show sketches in my sketchbook, I will happily link up to Sunday sketches at Bluechairdiary...
Have a good week everyone!
Posted by Fallingladies at 3:53 PM